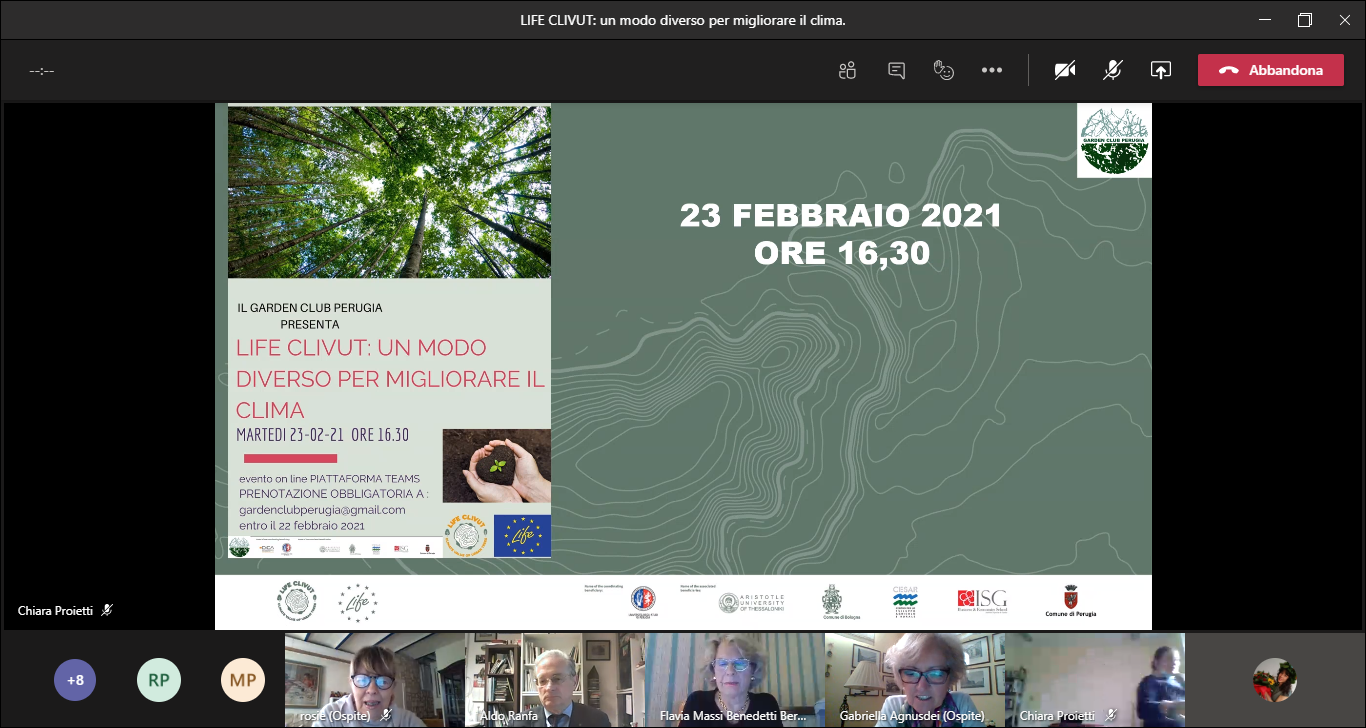 Some photos of the event LIFE CLIVUT: A DIFFERENT WAY TO IMPROVE THE CLIMATE, organised by the Garden Club Perugia, chaired by President Giuseppina Massi Benedetti, and moderated by Doctor Gabriella Agnus Dei, treasurer of the Association. The Garden Club Perugia is one of the stakeholders of the LIFE Clivut Project, since its presentation to the EU. The meeting was organised within the framework of the C2-Citizens in urban climate action of the project, which aims to involve associations and citizens in order to carry out a participatory and shared monitoring and census of private and public green areas in the urban environment.

The members of the Garden Club Perugia dedicate themselves with love and without profit to spreading the protection and knowledge of the natural world, floral art and botanical culture. They also promote historic gardens on a social level, the protection of green areas and involve the population in their actions. During the event, Mariangela Bettini Ferrari, National President of the UGAI (the association that brings together all Italian Garden Clubs), took the floor to confirm the National Association’s interest in taking part in a census of private gardens in order to estimate the ecosystem benefits derived from them.

For the first time, the tool for taking a census and assessing trees created as part of the LIFE Clivut project was presented to the public. This Web App catalogues and stores data on trees in the project partner cities and assesses their ability to store CO2 and capture air pollutants.

The user-friendly Web App will help citizens to map the trees in their gardens and assess the ecosystem services they provide to the urban environment.

At the end of the presentation, many questions were asked about the use of the LIFE Clivut Web-App for the green census and other curiosities; future appointments were fixed in spring. The President of UGAI proposed to transfer and promote the initiatives of the project in other cities: this is one of the future objectives of LIFE Clivut, ensuring the collaboration with the Associations. Some participants were very enthusiastic about our Project Web App and asked for more details to be involved in the census.

In general, the event was a great success: more than 35 people attended.

The LIFE Clivut team would like to thank once again the Garden Club Perugia for promoting and publicising this initiative, which is a concrete confirmation of the Club’s commitment to the project and to the environment.

We look forward to seeing you at the next events organised by the Garden Club Perugia, you can sign up through their institutional email gardenclubperugia@gmail.com. 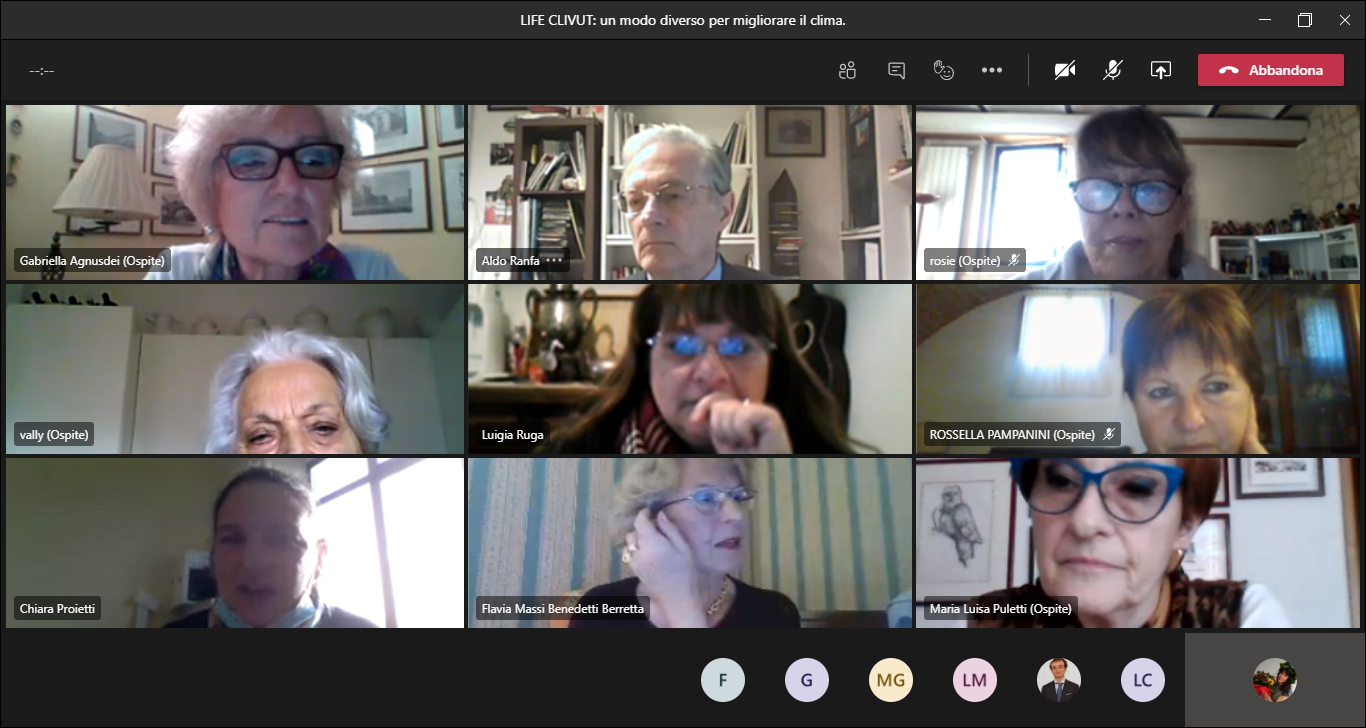 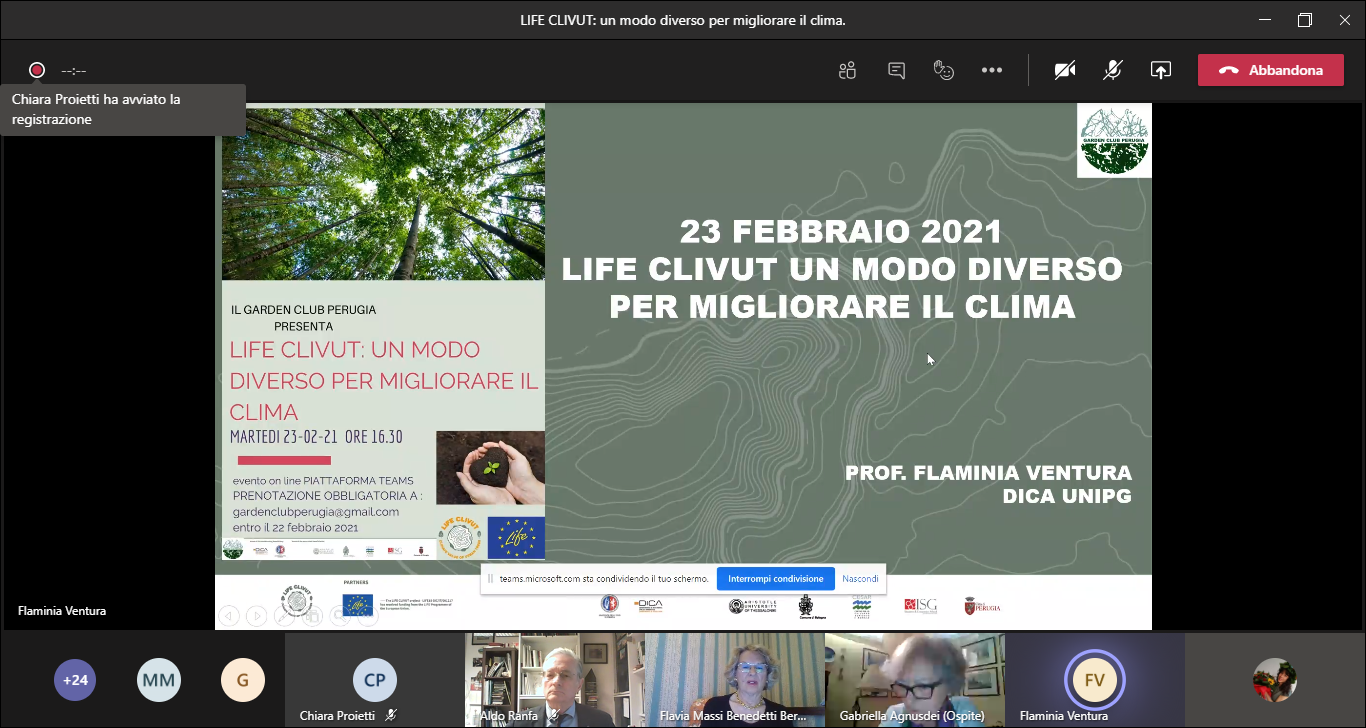 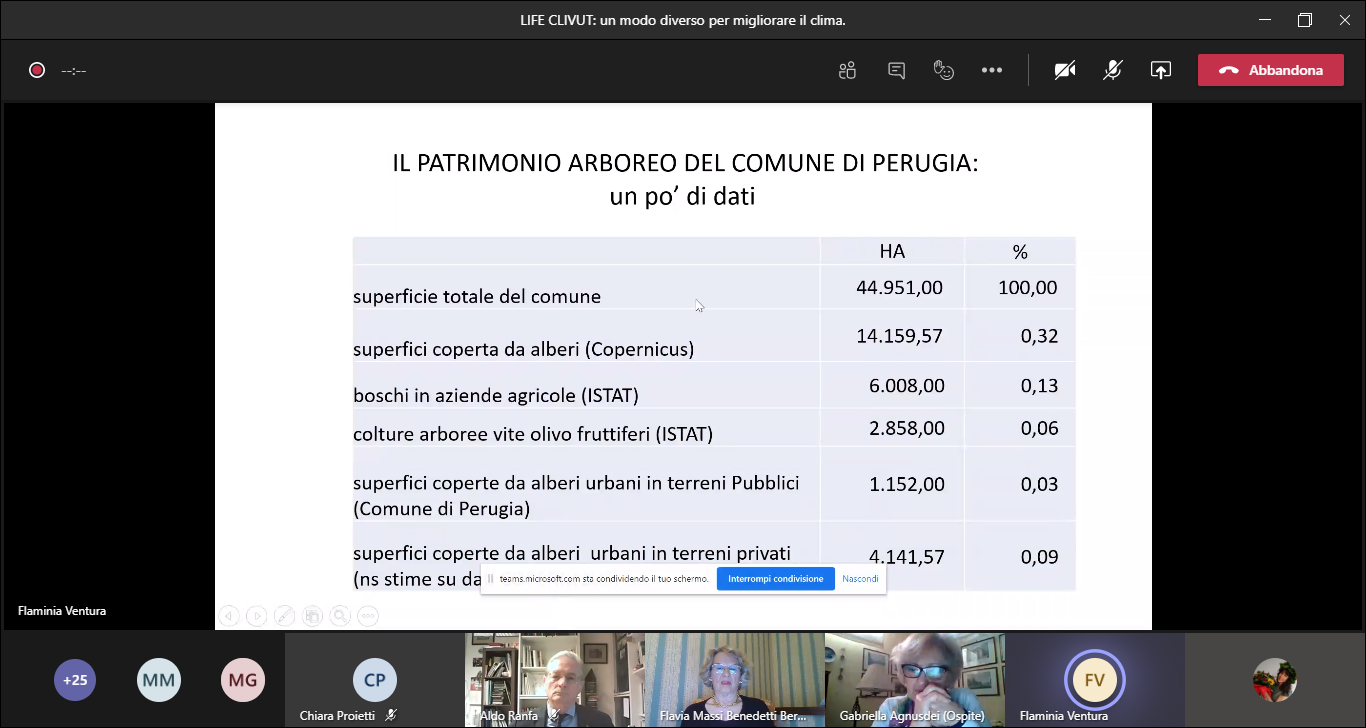 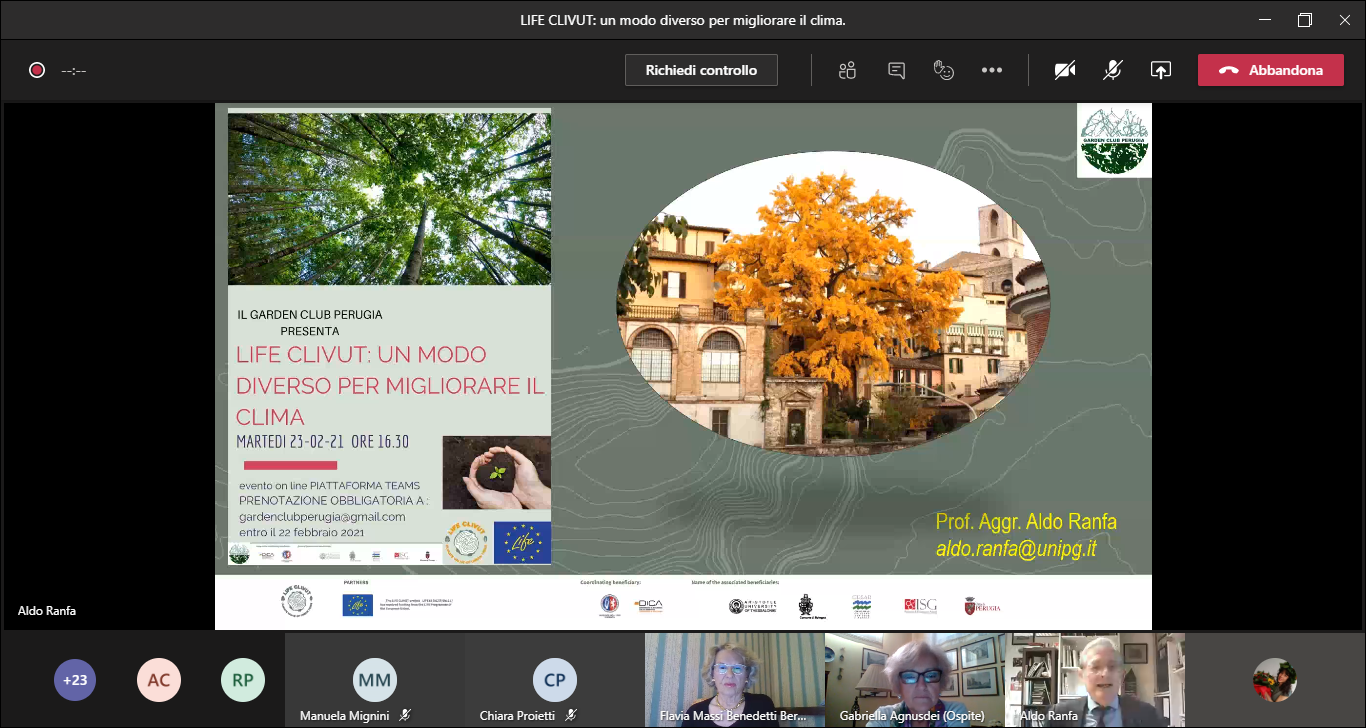 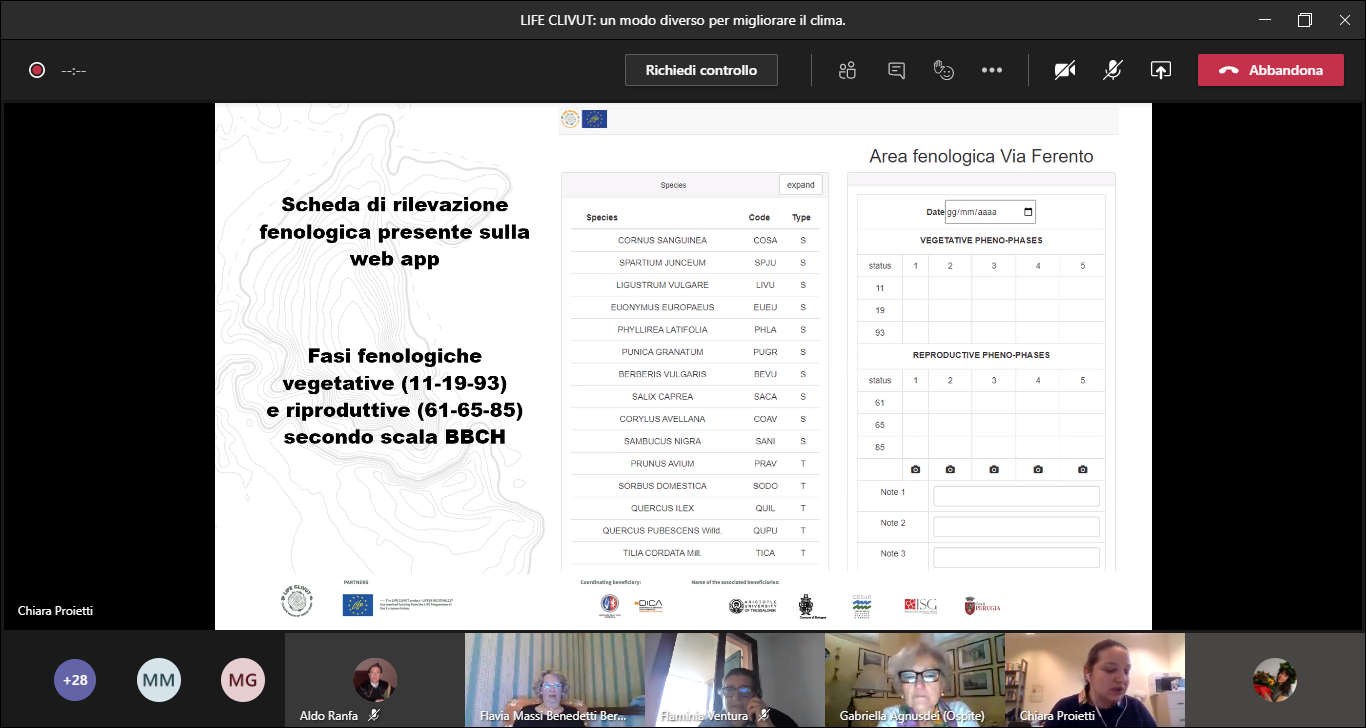