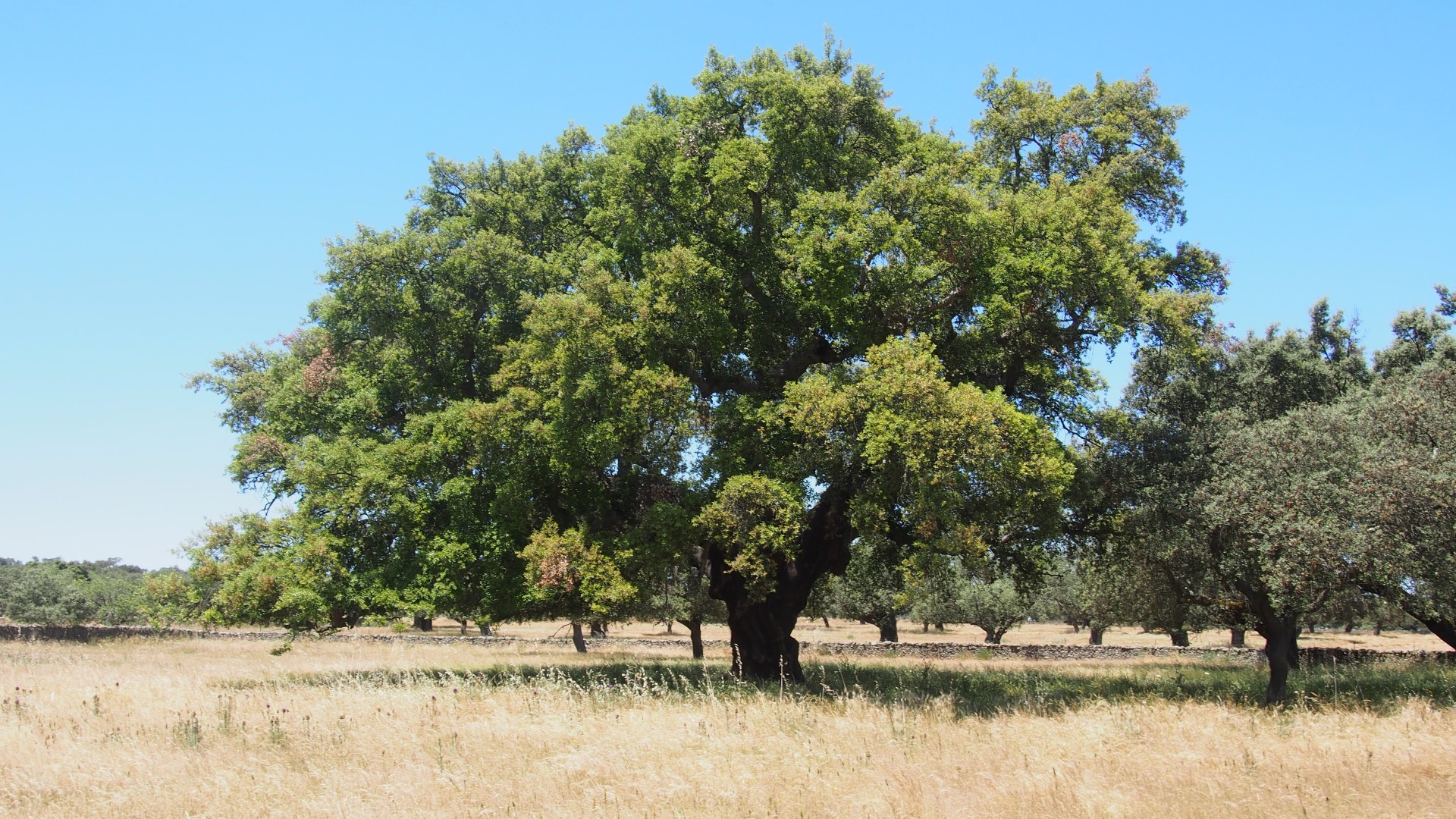 A Cork oak or Quercus suber L., is an evergreen tree, which can reach 20 m in height and about 1 m in diameter of the trunk, generally known for the use of its bark. It almost never has a perfectly erect trunk, but generally divides with branches. the trunk is divided into several irregular branches, the crown is often asymmetrical and similar to that of the Holm oak (Quercus ilex), the bark which is the character that brought it to the fore, from which in fact the cork is obtained which use for many objects.

The bark is smooth and gray when young, in short it thickens forming a wrinkled layer, furrowed by deep grooves, clear on the outside, but pink on the inside, and spongy, it can reach a thickness of 5-7 cm which persists for the whole life of the tree, “the cork”.

The leaves lasting for 2-3 years, sometimes they can be semi-persistent, are leathery, ovate lanceolate, with full margins or with sharp teeth especially in young individuals. Green glaucous on the upper page as adults, and greyish white on the lower page.
Flowering occurs in late spring, or after the end of the summer dryness (September-October).

The acorns are located on an axis that carries from 2 to 8 acorns, have variable dimensions, with a subspherical dome that covers about half of the acorn with gray and tomentose scales, the basal ones shorter and closer while the apical ones are free and divergent; the seed is not dormant.

Cork oak is a characteristic species of the Mediterranean-temperate (mesomediterranean) belt, widespread in Liguria, Sicily and Sardinia also in Tuscany, very rare in Umbria!

It rarely happens to meet one, and we show you a beautiful example, thanks to the contribution of the President of the Garden Club Perugia, who sends us a valuable video contribution, good vision!